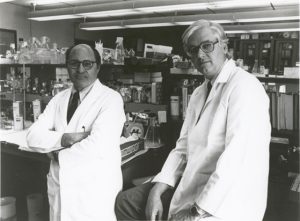 The Department of Molecular Biology and Genetics is one of eight basic science departments in the Johns Hopkins University School of Medicine. Throughout its history the Department has been at the forefront of basic biomedical research and has contributed to the training of many leading scientists. 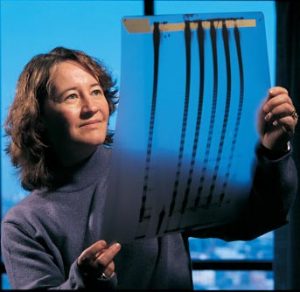 of the first site-specific restriction enzyme and the characterization of its cleavage site. This seminal discovery led Daniel Nathans to develop powerful new methods for the genetic dissection of viral and cellular genomes. Nathans and his colleagues used the restriction enzyme discovered by Smith to divide the genome of the tumor virus SV40 into specific fragments whose functions could be individually studied. This new methodology greatly assisted the analysis of gene function and proved to be an important foundation for the subsequent recombinant DNA revolution. For these discoveries Nathans and Smith shared the 1978 Nobel Prize in Physiology or Medicine with the Swiss microbiologist Werner Arber.

Daniel Nathans succeeded W. Barry Wood as Director of the Department of Microbiology in 1972. A decade later, the name of the Department was changed to Molecular Biology and Genetics to reflect the fact that most of the faculty in the Department were engaged in research in basic molecular genetics. Thomas Kelly who succeeded Daniel Nathans as Director, led an eight year period of expansion from six laboratories to fourteen. The Department forged a strong relationship with the Howard Hughes Medical Institute with the appointment of Daniel Nathans as a Senior HHMI Investigator and the recruitment of several young faculty that were appointed as HHMI Investigators. At present four of our faculty are Investigators of the Howard Hughes Medical Institute.

The Department of Molecular Biology and Genetics is directed by the Nobel Laureate Carol Greider, and continues to be an international leader in biomedical research and training. The fourteen faculty in the Department lead programs in a broad range of research topics. Our areas of emphasis include: cell cycle control, chromosome segregation, gene expression, DNA replication, signal transduction, developmental biology, microbial pathogenesis, molecular immunology, DNA transposition, telomere structure and function, RNA catalysis and the molecular biology of vision and olfaction. For further information on our research and educational programs, please consult the relevant pages of this web site.