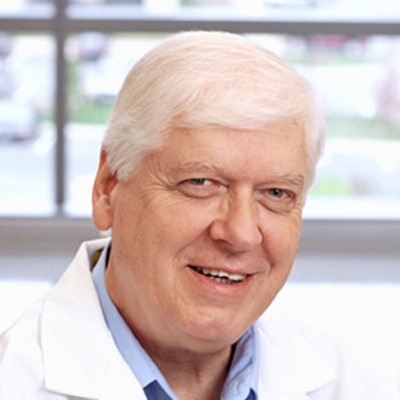 Hamilton O. Smith received an A.B. degree in mathematics at the University of California, Berkeley in 1952 and the M.D. degree from Johns Hopkins University in 1956. After six years of clinical work in medicine (1956-1962), he carried out research on Salmonella phage P22 lysogeny at the University of Michigan, Ann Arbor (1962-1967). In 1967, he joined the Microbiology Department at Johns Hopkins. In 1968, he discovered the first TypeII restriction enzyme (HindII) and determined the sequence of its cleavage site. In, 1978 he was a co-recipient (with D. Nathans and W. Arber) of the Nobel in Medicine for this discovery.

Subsequently, he studied DNA methylases and nucleases in Haemophilus influenzae Rd and discovered this organism’s sequence-specific DNA uptake during genetic transformation. In 1994-5 he collaborated with J. Craig Venter at The Institute for Genomic Research (TIGR) to sequence H. influenzae by whole genome shotgun sequencing and assembly. In July 1998, he joined Celera Genomics Corporation where he participated in the sequencing of the Drosophila and human genomes. In November 2002, he left Celera to join the newly launched J. Craig Venter Institute where he is currently leading the synthetic biology and biological energy groups.