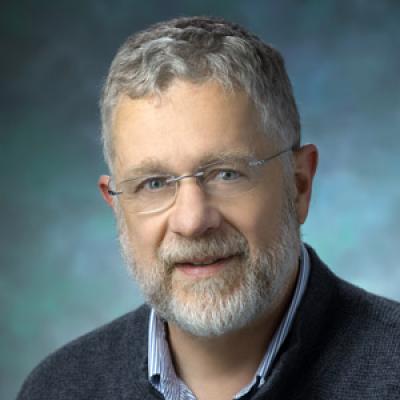 Eukaryotic RNA polymerase II is unique among RNA polymerases in containing an unusual repetitive domain at the C-terminus of the largest subunit. This C-terminal domain (CTD) is comprised of tandem repeats of the consensus sequence TyrSerProThrSerProSer. We are using genetic and biochemical approaches to investigate the functional role of the CTD in biogenesis of mRNA. Both yeast and mammalian systems are being employed.

A major effort in the lab is directed at studies of proteins that bind the CTD. Using the yeast two-hybrid approach we identified a family of proteins that interact with the CTD. These proteins are similar to the serine/arginine-rich proteins involved in pre-mRNA splicing. A current focus of the laboratory is to determine how these proteins function in mRNA biogenesis and how CTD phosphorylation regulates this function.

The yeast Nrd1 and Nab3 proteins interact with the CTD and act to direct termination of Pol II transcripts in a manner that does not lead to polyadenylation. We have shown that this pathway is important for formation of the 3’ ends of small nuclear and nucleolar RNA transcripts in yeast. Furthermore, this pathway directs termination of a class of yeast intergenic and antisense transcripts. This surveillance mechanism involves the exonuclease complex called the nuclear exosome and an RNA helicase called Sen1. We are currently investigating the mechanism by which RNA sequences in the nascent transcript trigger Pol II termination. We are also beginning to investigate the role of related human proteins that bind both the CTD and RNA. We have not yet identified the RNA (gene) targets of these proteins and this is a project open to incoming graduate students.