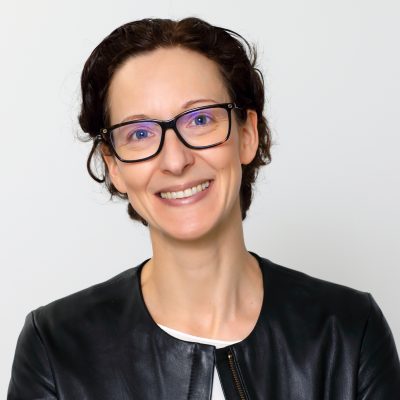 The evolution of multicellularity occurred hand in hand with the diversification of cell types with disparate morphologies and functions. This segregation of function across different cell types enabled astounding animal complexity; but at the same time, extreme specializations of individual cell types often leave them vulnerable to genetic or environmental variations (e.g. the highly specialized physiology of some neurons or muscle cells makes them particularly susceptible to mutations in broadly expressed genes, that do not affect other cell types). Therefore, understanding how cells diversify and what makes them unique, is important to understand animal physiology in health and disease. Our work has explored two aspects of animal cell diversification, with a focus on the gene-regulatory mechanisms that underlie this process.

First, we ask how different cell types are specified along the developmental process. Specifically, we have focused on neurons and muscle cells that follow different trajectories but later seemingly converge to the same terminal identity. Developmental convergence is widespread in animal development, and we have established models and tools to study the gene-regulatory mechanisms behind two aspects of this phenomenon: i) how do cells from different lineages converge to the same terminal identity, and ii) do convergent cell types carry molecular and functional signatures of their different histories.

Second, we explore what defines the unique properties of specialized cells. Post-transcriptional repression by miRNAs contributes to cell specialization, and we focus on the roles of miRNAs in neuron and muscle diversification. Moreover, we found that miRNAs support the unique physiology of some specialized cells by selective repression of otherwise broadly-transcribed, house-keeping genes. Such reduced house- keeping function represents a possible source of susceptibilities in specialized cells, which we have been following up in the context of neurons and muscle cells.

To address these questions, we draw from the molecular biology, genetics and RNA biochemistry toolsets, also developing novel, necessary tools ourselves (e.g. a method to sequence miRNAs from individual cell types within complex tissues, see more below). To extract fundamental concepts in cellular differentiation, we use the nematode C. elegans as our primary model system. This is mainly because it allows us to design experiments with unparalleled cellular resolution, but also because the vast body of work amassed by the community working on this animal provides a superb background enabling deep mechanistic understanding. At the same time, the mechanisms that we study are basic molecular mechanisms that also operate in other vertebrates and invertebrates. You can read more about our two main areas of research below:

1) Temporal combinations of transcription factors as a mechanism for neuronal diversification. Transcription factors (TFs), play indisputable roles in the expression of different terminal gene sets, typically acting in a combinatorial manner. Such combinatorial or intersectional use of TFs is a widespread strategy for specifying distinct cell types. Most cases of combinatorial activity represent spatial intersections, in which two or more TFs are co- expressed and jointly required to activate transcription of a given locus. However, while studying the development of two sensory neurons in C. elegans, we discovered a novel type of combinatorial activity, that we termed temporal intersection (Cochella & Hobert, Cell 2012; Charest et al. Dev. Cell 2020) . In this mechanism, the transient binding of an early TF leaves a “memory” of activation that can then be boosted by a later acting TF. This relies on changes in chromatin states and TF binding abilities that we are beginning to unravel using newly tailored means of manipulation and molecular readouts.

The combinatorial action of temporally separated TFs has two important implications: i) not only the terminally expressed genes, but also the transcriptional history of a cell defines its identity, and ii) because cells are specified through progenitors that go through different transcriptional states, a vast number of TF combinations over time is possible, and may contribute to diversifying cell types during development. We thus propose that temporal intersections, like spatial intersections, broadly contribute to neuronal diversity.

2) MicroRNA contributions to animal development. Repression is a recurrent mechanism to impose spatial and temporal boundaries on biological processes. MicroRNAs form a class of post-transcriptional repressors, which evolve more rapidly than protein-coding genes and have expanded together with animal complexity. We thus set out to study the contribution of miRNAs to shaping cellular diversity through repression. Over the past years we have used C. elegans to provide:

a. A new method for miRNA profiling: We recently developed mime-seq, an innovative approach to sequence mature miRNAs from individual cell types within a complex cell mix, without cell sorting or biochemical purification (Alberti et al., Nat Methods 2018). It relies on a plant enzyme, HEN1, that specifically methylates plant miRNAs. As animal miRNAs are not normally methylated, cell-specific expression of HEN1 provides a way to label miRNAs in cells of interest. A methylation-specific sequencing protocol then enables retrieval of methylated, and thus cell-specific, miRNAs from total RNA. Mime-seq is robust, specific and sensitive, and is applicable to C. elegans and Drosophila. We have used mime-seq and a deconvolution strategy to generate an atlas of miRNA expression for the complete C. elegans nervous system (in progress). We are currently refining this map but our initial analysis revealed that miRNAs are enriched in sensory neurons relative to motor or interneurons. Sensory systems rely on large cell diversity to respond to multiple different stimuli, but also flexibility over evolutionary time to allow adaptation to new niches. MiRNAs are excellent candidates to contribute to sensory-neuron diversification during development and evolution.

b. A new framework for miRNA function in development: We extensively profiled miRNAs using transcriptional reporters in genomic context as well as mime-seq, revealing a natural classification of miRNAs in embryogenesis: a minority of miRNAs is broadly-expressed in the early embryo, while the majority is expressed in one or a few cell types with onset in late embryos. We found that two conserved, early and broadly-expressed miRNA families (miR-35 and -51) are sufficient for development of morphologically-normal C. elegans, in the absence of all other miRNAs (Dexheimer et al. Curr. Biol. 2020). Instead, we hypothesize that most miRNAs may play roles during terminal differentiation or function of specialized cells. Based on work from others, we propose this framework applies to other animals. Using genetics, we aim to find out how these miRNAs function. In particular, miR-51 is deeply conserved (related to miR-100, the most ancient animal miRNA). This will give new insight into the essential function of these post-transcriptional repressors.

c. A new concept in miRNA-mediated regulation: We have studied in depth two miRNAs with high cell-type specificity. We found that miR-791 is present exclusively in the 3 pairs of CO2-sensing neurons of C. elegans and is required for their function. We also study miR-1, a conserved muscle miRNA that is necessary for muscle development and function. Using rigorous genetic tests, we identified the functionally-relevant targets for each miRNA (Drexel et al., Genes & Dev 2016; Gutierrez Perez et al., Sci. Adv. 2021). Interestingly, both act by repressing otherwise ubiquitously-transcribed genes, revealing that miRNAs can support the function of specialized cells by carving out the specificity of typically considered house-keeping genes.