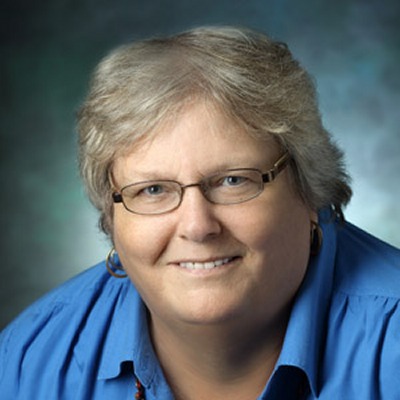 Our work is focused on the molecular mechanisms by which transposable elements move and how they can be exploited for genome engineering. These elements are discrete pieces of DNA that can move between many different insertion sites. They are present in virtually all organisms and contribute to both genome structure and function.  We study the bacterial transposon Tn7 and several members of the eukaryotic hAT and piggyBac superfamilies.

Despite the essential role of DNA in maintaining accurate genetic information, this molecule displays a surprising degree of plasticity. DNA rearrangements—the reorganization of DNA sequences by breakage, translocation, and rejoining reactions—mediate a wide variety of fundamental cellular processes. These rearrangements play an important role in genome evolution, in the acquisition of new genetic elements such as viruses, in the control of gene expression during development, and in the repair of damaged DNA. We are particularly interested in the type of recombination called transposition, in which a discrete DNA segment moves from one donor position and inserts into another, nonhomologous target site.

Transposable elements have been identified in virtually all organisms. Strikingly, about half the human genome and most mammalian genomes are composed of DNA sequences related to these elements, which can have profound effects on genome structure and function. For example, transposon insertion into a gene will likely inactivate that gene; transposon insertion into DNA sequences that control the expression of nearby genes may inactivate or activate those genes. Indeed, the movement of transposable elements has resulted in a number of human diseases.

The Transposons We Study
Our research is focused on several different DNA cut-and-paste transposons that move by excision from the donor site by double-strand breaks at each end of the element, followed by joining of these newly exposed transposon ends to a new insertion site. Most such transposable elements display limited site selectivity, inserting into many different target sites. One element that we study, however, the bacterial transposon, Tn7, displays unusual target selectivity.

The other elements we study are members of the widespread eukaryotic hAT and piggyBac superfamilies; there are active members of these families in vertebrates. We were originally attracted to the study of these elements because nothing was known about their transposition at the molecular level. Many genomes, including the human genome, also contain intact hAT and piggyBac transposase-like proteins whose functions interest us.

We study several hAT elements: Hermes, an element closely related to the hobo element, which has been studied in Drosophila; AeBuster1, the first active transposon to be found in the mosquito Aedes aegypti, the vector of malaria; TcBuster, an element from the red beetle Tribolium castaneum that we have found is highly active in mammalian cells; Tol2, a medaka fish element that can also transpose in zebrafish and mammalian cells; and SPIN, a now inactive family of elements that appears to have spread though some mammalian genome by horizontal transfer that we have “resurrected” by making a consensus derivative.

We also study several piggyBac elements: the Trichoplusia ni piggyBac from the cabbage looper moth, which has been used for transgenesis in many other organisms, and Myotis lucifugus piggyBac, an element from the little brown bat that we identified and is the first active DNA transposon found in a mammalian genome. Previous studies found no evidence that DNA cut-and-paste elements have been active in the past 35 million years in mammalian genomes.

Our Research Strategies
To probe the transposition mechanisms of the elements we study, we have developed in vitro transposition systems reconstituted with purified proteins. We have found that common chemical mechanisms underlie the movement of all of these elements and that the active-site regions of their transposases are actually intimately related in structure. The similarities between these elements reflect the fact that the breakage and joining reactions that underlie the movement of all DNA cut-and-paste elements and the DNA forms of retroviruses are highly similar and that their transposases and integrases are structurally related. These in vitro systems allow us to further dissect transposition at the molecular level. We have also established heterologous transposition systems for most of our hAT and piggyBac elements in the budding yeast Saccharomyces cerevisae. The genetic tractability of yeast has allowed us to isolate mutant versions of our transposons, such as hyperactive versions, by in vivo screening and also to ask how the host influences transposition. We are exploiting the yeast gene knockout collections in these studies of host factors.

Hyperactive mutants are of interest because they can reveal how transposition is controlled. They also provide better tools for genome engineering, such as insertional mutagenesis and transgenesis. We have isolated both hAT and piggyBac mutants in yeast that are also hyperactive in mammalian cells, including stem cells.

In contrast to the single transposition protein encoded by hAT and piggyBac elements, four Tn7-encoded proteins mediate the high-frequency insertion of Tn7 into a specific chromosomal site called attTn7. Tn7 transposition requires the assembly of an elaborate nucleoprotein complex containing both the donor DNA from which Tn7 excises and the target DNA into which Tn7 inserts, which contains all the Tns proteins. Our goal is to understand the structure of this complex and how its activity is regulated. We now use in vitro assays to demonstrate that TnsA and TnsB interact directly, an interaction that we have long suspected but which has been difficult to detect. To facilitate structural analysis of the Tn7 transpososome, we have exploited Tn7-like transposons identified by genome sequencing. We have found that a TnsAB fusion protein from a cyanobacterium can carry out transposition in vitro, and we are pursuing the protein’s structure. We are also dissecting TnsC, a key regulator of transposition that interacts with both TnsA and TnsB, as well as the target DNA. Having previously identified the interacting surfaces of TnsA and TnsB, we are now working to determine how TnsB and TnsC interact. We have now found that a short segment of TnsC that interacts with TnsA can activate transposition, a feature we are interested in exploiting for targeting transposon insertion to particular sites.

Cellular Control of and Responses to Transposition
We are also interested in understanding interactions between mobile elements and their hosts, for example, how the host may regulate transposition, how intact duplex DNA is generated from the primary products of transposition, and what impact transposition has upon the host. Since transposition involves the breakage of DNA molecules, host DNA repair systems are also intimately involved in transposition. In particular, we are using transposition systems for hAT and piggyBac elements that we have developed in the highly genetically tractable organism S. cerevisiae to probe these questions.

Using Transposons for Genome Analysis and Engineering
Transposons are powerful tools for insertional mutagenesis of many organisms and for the stable introduction of new DNA into a host by transgenesis. We are also interrogating the organization of the DNA genomes into chromatin by analyzing high-resolution insertion site profiles of our transposons into the yeast and human genomes. We have found that both hAT and piggyBac elements insert preferentially into nucleosome-free regions in yeast, a pattern that we suggest reflects transposase interaction with the regions of the genome where DNA is most accessible.  These studies identified a heretofore-unknown sequence motif in nucleosome-depleted regions.

The hyperactive transposons we are isolating and analyzing will contribute to genome dissection in multiple organisms. For example, we have isolated hyperactive versions of the mosquito element AeBuster that may facilitate the now difficult engineering of many insect genomes.

We have also developed a Tn7-based system that mediates site-specific insertion into bacterial genomes so efficiently that no selection for the insertion event is required. This is an attractive property for making bacterial strains for vaccine production. Another significant advance in using transposable elements for mammalian cell transgenesis would be to develop transposons that will insert at specific sites so as to avoid unwanted mutagenesis of host genes. We are also exploring adding sequence-specific DNA-binding domains to hAT and piggyBac transposases to direct site-specific insertion into mammalian genomes. Also, there are orthologs of attTn7 in the human genome that Tn7 inserts efficiently into in vitro, and we are interested in exploiting these sites for element insertion in vivo.